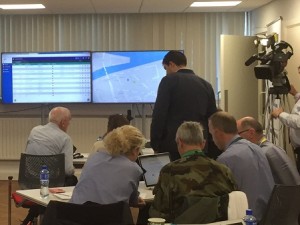 The PULSE Mass Casualty Incident (MCI) Trial – named Exercise Distant Rock – was organized in Cork, Ireland on 15th of September, 2016. The exercise was conducted by the Inter-Agency Emergency Management Office and the Major Emergency Management Region South.  The trial simulated a stadium crush in Cork city and involved all emergency services, St John Ambulance, Irish Red Cross, Civil Defence and Order of Malta, as well as observers from other countries. The trial details were presented in an on-line multimedia instructional and informational inject, which explained the nature of the PULSE Project, describes the PULSE platform and the MCI “crowd crush” scenario, and sets out the timetable for the exercise, the nature and mechanism of the validation and the methods that will be used to gather their feed-back by way of on-line or paper based targeted questionnaires. The participants have used the new PULSE’s technology, including smart phone apps and twitter analysis, a ‘missing persons’ web app etc. The trial, which combined a live exercise with a complex data inject, was well received by the participants. 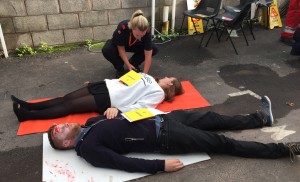